How to Ace the Basics of Music?

Music is a vast paradigm that has many branches. To start from the basics, you need to ace the first few steps of your melody, signing which will help your musical journey. Remember, to start early. Even if your age doesn’t seem early, you can start anytime and embrace this creativity offered by online music classes offered by KKALA. All you need is to fit your time and availability according to the class’s schedule. Now, physical proximity will not bind the reach of music. Understanding the following basics of music can help to ace the art well.

The right Pitch for right Melody-

Hindustani Classical Music is an ancient system of understanding the evolution of music. The unfamiliar listeners to that of Indian Music are often surprised by the unique combinations of pitches that are for them to hear. Ancient Hindu scripture such as the Vedas classify melody using the ancient system of Raga, which is pronounced as ‘Rah-guh”. It is the culmination of these pitches that creates the system of Raga. Technically, the singers alter and improvise the ragas while practicing different pitches.

However, it does come with a specific set of rules in terms of the syllables, ascending and descending pitches. The improvisations when done correctly, allows your vocal chords to expand and become fine tuned. This kind of practice expands the pitch of the singer as well enabling him to pick up any high or low notes.

Similar to how ‘sargam’ syllables organize the melody, other short syllables help us learn and practice rhythm, or ‘tala’ (TAH-luh). Generally, rhythm is considered to be a certain frequency pattern in which the composition has been created. Though musicians can alter and prepare any tune and tone, however, rhythm or the pattern of music remains the same as that of a cycle of three, four, five, seven, nine and ten beats. Any song, a musical composition works on this set of musical patterns.

There are seven basic notes called Swaras in Hindustani Classical Music. They are known as ‘Shadja, Rishabha, Gandhara, Madhyama, Panchama, Dhaivata and Nishada’. This might come across as unfamiliar to you. Today, these ‘Sapt Swara’s are commonly abbreviated as ‘Sa, Re, Ga, Ma, Pa, Dha, Ni’.

The root note, ‘Sa’, is the reference point based on which an octave is defined. Together, they are known as the ‘sargam’.   ‘Sargam’, thus refers to singing the notes of a composition instead of the words, with ornamentations such as ‘meend’, ‘gamak’, ‘kan’, and ‘khatka’, as part of a ‘khyal’ performance. This usually takes place in a medium rhythm or tempo between the ‘alap’ and ‘tan’ portions. 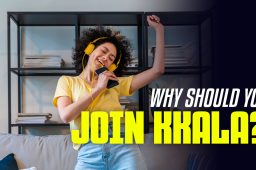 Why Should You Join KKALA? 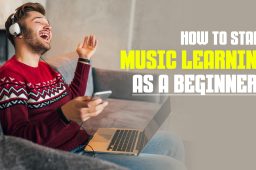 How to Start Music Learning as a Beginner? 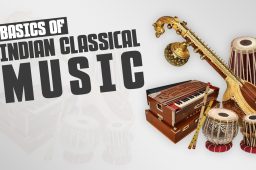